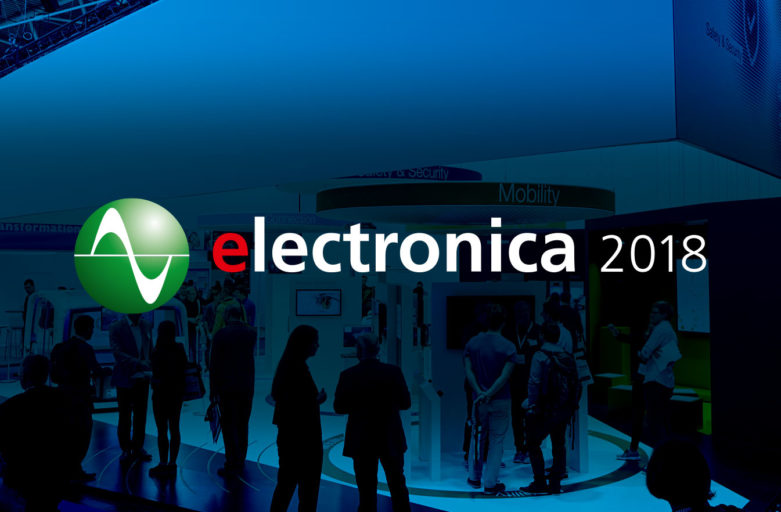 The 80-Watt wireless power solution named The Ogre, consists of both a high-power transmitter and companion high-power receiver. This technology can be ideal for applications such as automated vacuum cleaners, unmanned drones and inventory management robots. The system offers high efficiency, robust performance, foreign object detection (FOD) and the ability to hermetically seal products to protect systems from moisture and dust, which can be advantageous in factory environments.

“With the rapidly evolving manufacturing technology trends in Industry 4.0, planning for power management and battery charging continues to be a critical element in the transition. Wireless power can be a formidable tool that can solve key challenges in unmanned automated systems that operate in harsh Industrial environments”, said Ken Moore, Chief Executive Officer at Spark Connected.

Spark is transforming wireless power delivery and intelligent battery charging with innovative platforms, disruptive technology and breakthrough products enabling an enhanced user experience for all. The company specializes in Product Development and Engineering Solutions with a team of passionate innovators with decades combined deep domain expertise.

Spark Connected is a Full Member of the Wireless Power Consortium.

XMC™ is a trademark of Infineon Technologies AG

“With the rapidly evolving manufacturing technology trends in Industry 4.0, wireless power can be a formidable tool that can solve key challenges in unmanned automated systems that operate in harsh Industrial environments.” – Ken Moore, CEO at Spark Connected. 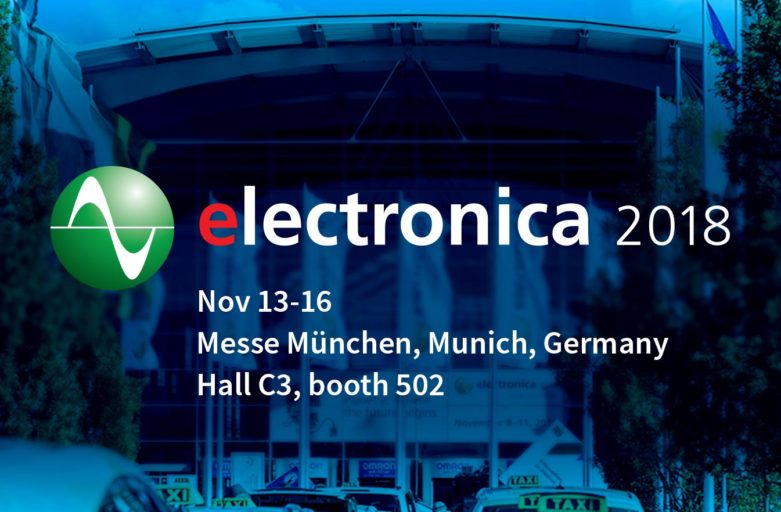 I am a huge fan of wireless charging on my smartphone. The ability to top off my phone battery at any of the strategically located charging pads sprinkled around my home and office ensures the phone is always ready to perform any task I require. But did you realize that wireless power isn’t just for smartphones? From medical tablets in a busy doctor’s office, to autonomous inventory management robots and drones in a large fulfillment center, many devices can greatly benefit by removing cables and connectors.

Combine wireless power with next generation technologies powering IoT and Smart Factories, and you have a powerful recipe that can deliver the next wave of key applications all with a satisfying user experience.

If you want to learn more, and you are in Munich next week, stop by the electronica show in Messe München, Hall C3, Booth #502. I’ll see you there.

“See how innovations in wireless power are changing your world” – Ken Moore, CEO at Spark Connected. 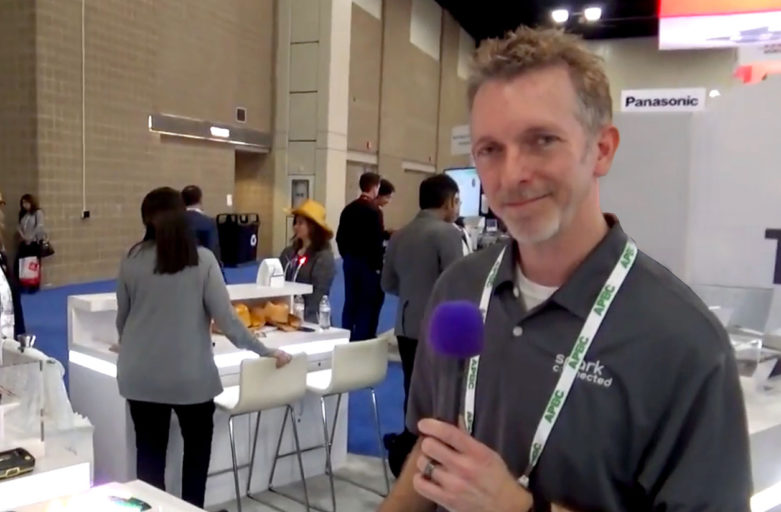 In this video Ken from Spark Connected gives a quick overview on their latest wireless power solutions at APEC 2018 in San Antonio, Texas. The solution includes all components necessary to create a complete wireless charging system, compatible with the Qi wireless charging protocol. 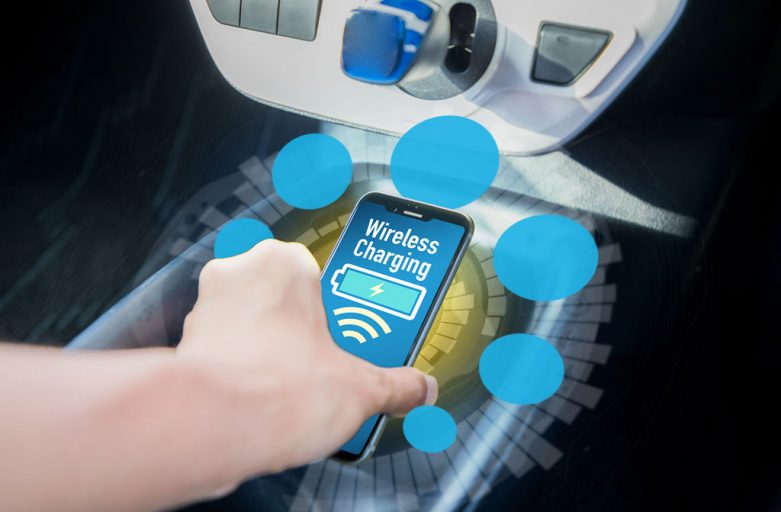 Wireless Power and wireless charging is one of the great inventions of the 19th century.  (Notice I said “19th century” and not 21st century, since a brilliant Physicist named Nikola Tesla proposed a way to wirelessly power objects at a distance around 1899.)  This technology has just started making a positive impact on the way we interact with our overabundance of portable battery-powered connected devices that make our lives so much easier (or more difficult, depending on your point of view).  However, with any disruptive technology, there is a huge difference between building a very impressive laboratory demonstration and handing a finished product to someone that a) provides great benefits, b) is safe, and c) doesn’t break something else that also provides benefits.  (By the way, Tesla had a bit of trouble with this one as well…)

What is wireless power?

A wireless power transmitter is just that…a transmitter.  It broadcasts electro-magnetic energy that is “picked up” by the receiving device and poured into the battery.  Whether the transmitter and receiver are next to each other or farther apart, a transmitter generates energy that can also be unintentionally absorbed by other devices.  Depending on the device absorbing this energy, the resulting outcome can range from benign to disastrous.

Some environments, such as the inside of your car, are very sensitive to electro-magnetic energy, where some systems can actually stop working if we aren’t careful.  One example is the smart keys that are used in modern automobiles (starting your car with the push button while the key is in your pocket).  The operation of these keys relies on a radio frequency that is right on top of where a wireless transmitter operates when charging a smartphone.  That means if you try charging your phone while in your car, the car may not start or run correctly.  Disaster.  “But I want to use wireless power to charge my phone in my car!” you say.  Definitely a good use for wireless power or wireless charging, since fumbling with a cable and connector is not a pleasant experience while trying to get from point A to B.  So what do we do now?  Well, for starters, we can design a better mousetrap…er…transmitter.

This brings us in conflict with the first two rules of Engineering:  1) don’t make things more complicated than they need to be, and 2)  don’t make things more expensive than they need to be.  If we look at the current automotive in-cabin wireless charging products on the market, they use what is known as a traditional Class D full-bridge push-pull power section to drive the transmitter coil (we will refer to this as simply “Class D”).

With Class D, we drive the coil with a square wave, like in this picture, where the red and blue lines represent the waveform for each half of the full-bridge.  As we remember from math class, a square wave is lots and lots of sine waves at different frequencies mashed together.  So a square wave has lots of harmonics that have significant power.  That means when we measure the EMI (Electromagnetic Interference) generated by the transmitter, we have lots and lots of frequencies that the transmitter broadcasts, and which can adversely affect other systems.  And since a signal with all these harmonics is our starting point, it is very difficult to filter out this interference so it does not affect other systems.  Starting with Class D makes solving the problem more difficult (violating Engineering rule #1), and adding the strong filters to address the EMI is expensive (violating Engineering rule #2).

Fortunately, Spark Connected has developed a power section architecture that reduces the harmonics in the signal that drives the coil.  By starting with a coil waveform that more closely resembles a sine wave, we generate lower EMI and cause much less interference with other systems.  Adding some simple filtering to this cleaner signal allows us to pass the key EMI requirements for automotive.  Rather than becoming a trade-off between EMI and functionality (charging smartphones), we are left with a solution that meets the needs, without requiring complicated and onerous EMI suppression efforts.  It may not be Wardenclyffe(1), but it is still pretty cool to be able to charge your smartphone in your car without worrying about impacting other critical systems.

Because, at the end of the day, if you are driving along old Route 66, the last thing you want to worry about is if charging your phone is going to cut short your road trip.